Rudy Giuliani (born May 28, 1944) - an American politician, attorney, and businessman.

Theresa May (born October 1, 1956) - the Prime Minister of the United Kingdom. 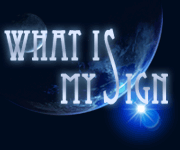